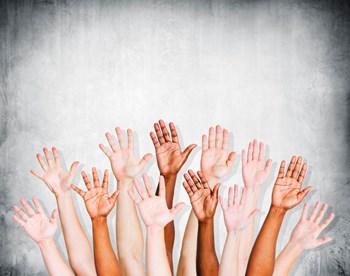 Even among otherwise conscientious, community-minded co-op and condo residents, the idea of running for and serving on their board often ranks somewhere between taxes and dental work. It conjures thoughts of endless meetings…arguing about the minutiae of vendor bids…confrontations with neighbors unhappy with board decisions…gossipy remarks in the elevator…the list goes on. More often, however, the issue is simply apathy. Many if not most co-op and condo owners just don’t care enough to take on the responsibility and challenges of board service—they’d rather their neighbor do it. Consequently, those who are willing to serve often hold the same position for years—sometimes for decades—and that can bring its own set of problems.

The Roots of Apathy

Aside from the thanklessness (both real and perceived) of serving on the board, there are other reasons owners and shareholders shy away from participation.  They range from lack of knowledge and experience to what’s sometimes referred to as a ‘renter mentality.’

‘Renter mentality’ is a common phenomenon in co-op and condominium communities. Owners of co-op and condominium apartments are typically entering the ownership market from the rental market, and are often surprised by how different life is when there’s no landlord. For instance, repairs within one’s unit must be completed—and paid for—by the unit owner or shareholder. New owners/shareholders might also lack awareness that they must be involved to some degree in managing and maintaining the common areas of their property.

Jack (not his real name) is president of a 212-unit co-op in Greenwich Village. He has led his building through Hurricane Sandy and a fire on the property. He gives a good example of the mindset held by many of the shareholders: “Many residents look at it as the co-op should do this, or the co-op should do that, but they don’t want to take ownership. They’re full of ideas, as long as someone else will execute it. They want the board to do everything—people don’t understand that it’s a volunteer position.”

Another factor in the hesitance and misunderstanding around community participation is residents’ belief that they lack the knowledge or experience needed to sit on a board. Many believe that only those in the building with direct experience in related fields—attorneys, accountants, real estate professionals, and architects, for example—are qualified to serve and make decisions on behalf of the community. It’s not an unreasonable thing to think—but what if none of your neighbors fits into any of those categories?

The simple truth is that when one buys into a residential community, one should go in with the understanding that it is exactly that: a community, and that participating in governance is a part of what you are buying into.

Andy Marks has served as the president of his New York City co-op for five years.  The property is a post-war high rise on the Upper East Side of Manhattan containing approximately 210 units. He is also senior vice president for business development for Maxwell Kates, a real estate management firm in the city. “Our building is kind of like a small town, and I’m like the mayor,” he says. “First of all, everybody is well-intentioned. Our apartments are our highest value asset. But people are busy, and they have a misconception about board service being thankless and time consuming. Why would you want to put yourself in that position, and potentially at risk in terms of insurance and liability? People are reticent of being involved without an idea of how much work it will be. It’s a fear of the unknown.”

However, Marks continues, “When boards are very transparent, I find there is less resistance. Ninety percent of good governance is good communication. Once people realize that they have certain skills that can be put to use, it becomes time invested in adding value to their own units, as well as that of the building. And those skills are broader than experience in the law, or in accounting. The apathy is really a fear of the unknown, and the idea that board service will be a huge, thankless time-suck. Once people get involved, though, they find it to be a very rewarding experience.”

Marks says the secret to his success in getting residents involved has been in spreading the work out among board members and committees, so it doesn’t all fall on the board members alone. Reliable communication, making the issues known, and letting people know what opportunities exist to get involved and resolve those issues helps otherwise uninvolved shareholders feel more comfortable and empowered to contribute. Committees are a great way to get people started. They see that it need not be a burden, and may be more interested in joining the board when a position opens.

“There are community members in the building who run committees creating vibrancy and a feeling of cohesion,” says Marks. “New people are moving in and they are getting involved. It’s more about community than being a shareholder of a corporation—that’s the key,” he adds. “If you can elevate the feeling of community and coming together, that’s what it’s about.

“One board member initially took an interest in the building’s garden,” Marks continues. “They wanted to be involved. Slowly over time, they got more and more involved, and now they’re a board member. There’s a point of entrance—in this case for this person, the garden—that’s how we get them interested. There’s an entry point. The shareholder and the board have to find it for each person.”

Mike (not his real name) has served on the board of his 56-unit co-op in Upper Manhattan for the past five years or so. He initially became involved in governance by volunteering for a committee charged with renovating the building lobby. When the board president recently stepped down after serving for a decade, the building held an election—but no one wanted the presidency.

“We don’t have a president now,” says Mike. “No one wanted to take it on. We are trying to distribute the responsibilities of the former president between the board members. We will let the shareholders know who to call with what issues, so no one person is overburdened with too much. It’s hard for any one individual to make that level of time commitment to the building. The former president did pretty much everything. No one person’s role will look like this. It’s just too much. But we think we’ve come up with a creative way of handling the situation.”

To encourage residents to get involved with board service and building governance, Mike reports that they use the same method as the building on the Upper East Side mentioned above: committees.

“We try to bring people onto committees to get them started,” he says. “We’ve also found that with the introduction of Zoom meetings as a result of the pandemic that more people attend. We may continue to use Zoom for meetings of all kinds for better attendance—though personally, I miss the schmoozing after meetings with wine and cheese.”

He adds that “people are hesitant to volunteer for certain activities as a result of the pandemic. They’re in overload, navigating what they can actually do—including how much to interact with other people in person. Others are asking themselves, ‘What can I do, being vaccinated?’ We have consistently found, though, that there is a distinction between apathy and willingness. When we have a one-day event like weeding the garden, we get lots of people for a one-shot deal. People are more hesitant to make a sustained time commitment.”

Be Careful What You Wish For

Mary (not her real name) bought into a condominium development 45 minutes outside Boston about six years ago. The property, a 15-unit townhouse-style condominium community, was built in 2006. Each unit has a two-car garage and back deck. She has been on the board for five years and became interested in board service when she first bought into the community, but the board at that time was controlled by an established group that resisted her attempts to get involved.  Eventually she was elected. Mary says her main motivation was to keep their fees low. She saw an opportunity to do that by getting rid of the management company the community had at that time—which she eventually was able to do. The community is now self-managed—with Mary doing most of the management herself.

“I think people don’t want to be bothered,” she says. “We have a lot of board members in name only. People say, ‘Oh no, I’m not doing that again. I did it before, not interested.’ They feel they don’t have time.” But Mary feels that if she can do it, others can, too. “It’s really no more than a couple hours’ commitment a month,” she says. “The worst part is there’s no community. I’ve had to referee conflicts between owners.”

The community has made periodic attempts to build a stronger sense of community and cohesion, including social programming like picnics, parties, and a yard sale. Mary says that seemed to help, “but the arrival of COVID-19 ended the experiment. It was nice, and then it evaporated.”

The community has also tried to get the owners involved via committees, but Mary says there was no response.  They no longer even have meetings. She says that one owner volunteered for the board, saying he wanted to help, and a week later he resigned after she asked him to do a few things. “There’s a real resistance to doing anything,” she says, adding that she believes—in an ironic twist—it’s because she’s done everything for the community for so long, they just prefer she continue to handle things. Which begs the question: what happens for this community if Mary leaves, or decides she’s had enough?

Aside from committee work and outright begging, are there other methods of prodding owners and shareholders to get more involved? One suggestion might be mandatory board service as a condition of purchasing into a community. Mary thinks it’s an idea worth considering; Jack, Mike, and Marks do not, and question whether such a requirement would even be legal. Additionally, mandatory board service might turn off prospective purchasers, making it harder to sell units.

Another approach could be for communities to adopt term limits, pushing people off the board after a set amount of time and bringing in new blood. While Marks, Jack, Mike, and Mary all think it would be a good idea, for her part Mary says she isn’t sure who in her community would pick up the mantle if she resigned tomorrow.

Marks says there are clear benefits to board service. “If you want change, get involved. Information—having a view of all of the documents, problems, and issues—is both useful and interesting. For me, it brought about a change of profession. I also like the interaction with the community and fostering a feeling of community, especially for our newest members.”

A J Sidransky is a staff writer/reporter with CooperatorNews, and a published novelist.