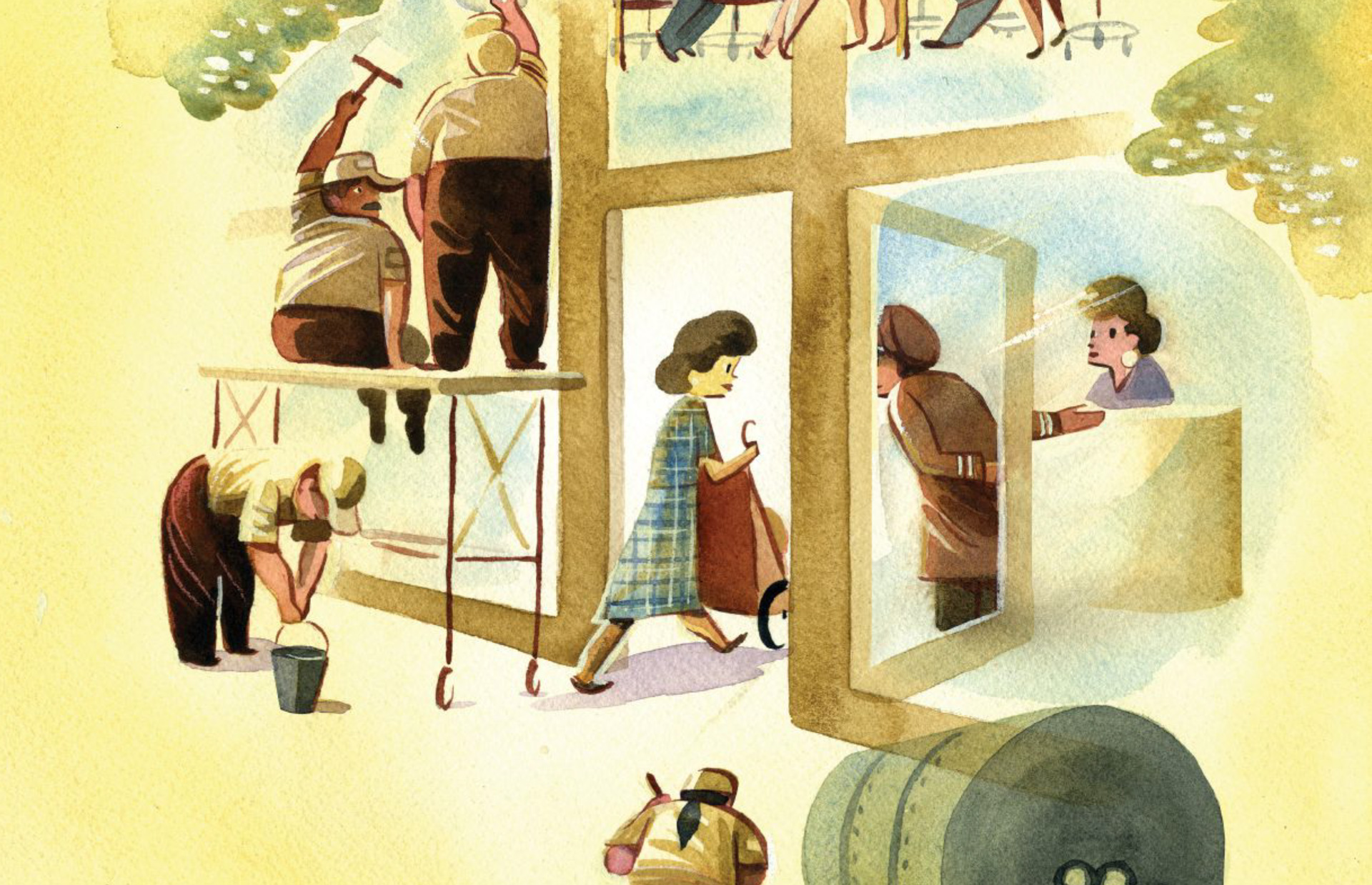 New York’s Scaffold Law, which holds a property owner liable if a worker is injured due to a gravity-related fall, has caused the cost of buying insurance to skyrocket. You took over a building where a worker was injured, and the condo got hit with sticker shock when it went to renew its insurance policy.

The building had retained the services of an exterior contractor, and one of its workers was injured. It was serious enough that there was a substantial claim and a pending award settlement. When it came time to renew their insurance, the board was told they were not going to be renewed. After some back and forth, they discovered it would be renewed, but the premium increase was somewhere between 200% and 300%. And this was primarily because the insurance that was in place at the time for the contractor did not, in any way, protect the condominium association.

There’s a clause that’s called an action over exclusion that can be a part of a policy, which allows the contractor or injured party to hold the owner of the building responsible. So we recommend that buildings, management firms, employers and brokers all insist upon the proper protection, the proper language and the proper exclusion of certain clauses in their policies and in their insurance certificates.

Many contractors do present an insurance certificate, but it doesn’t necessarily say what exclusions there are. And some management companies or insurance brokers don’t always review it.

The standard operating procedure when someone’s doing work is to ask for the certificate, you name all the applicable parties as additional insured, and everybody says, “That’s fine.” But it’s been an education for all of us in this industry that there are insurance policies, and then there are insurance policies, and it’s not just about money. So what needs to happen is that the policies have to be scrutinized to ensure that whatever coverage is mandated for the building is actually in place.

Who exactly is reading these insurance policies? Is it the management company, the broker or a lawyer?

When it’s a major capital project, there’s usually a contract, which is reviewed by the corporation or the condominium’s attorney. In conjunction with that, there is a scrutiny of the insurance that’s been held and certain requirements. However, based on what’s going on now, there’s an additional layer. We’re having the insurance brokers for the buildings review every single insurance policy that’s been put forth by the contractor, because they’re the experts. They not only place the insurance and handle the claims but ensure that there’s a course of action in place that will hopefully keep costs down and keep the client properly insured.

What about apartment renovations and simple things like a paint job?

That’s where it gets a little bit more complicated. You can have a paint job, and somebody goes up on a ladder, falls down and is injured. There’s workers’ compensation, there is the insurance certificate, but the question arises, is that adequate? I’ve done a lot of recent research on this because this is a hot topic right now. And I believe there are minimum requirements that all these buildings are going to require for alterations that might exclude certain contractors if they don’t have adequate insurance. It’s not as straightforward as just adding something. There are several components — what they’re allowed to do, what they don’t do, what the job scope is.

Of course, to have the full coverage that buildings are going to want, there’s going to be a price premium. I’m just speaking off the top of my head, but a job that would have cost $4,000 might now cost $4,800. This might exclude some contractors who have done work for certain residents for many years because they have just the bare minimum insurance, which may no longer satisfy a building’s requirements.

Should the building’s broker be reviewing all the insurance policies of every contractor who wants to do work in an individual apartment?

I would say so. I don’t think it takes much of an effort. It’s something we’re requiring, along with all the other documents submitted by someone if they were doing a renovation package that’s going to cost a quarter of a million dollars. There is also an alteration agreement in place that puts certain burdens on the shareholder. However, if somebody gets injured working in someone’s apartment, I don’t believe that precludes them going after the building.

Do you think there will be a lot of pushback from apartment owners or residents over this?

I anticipate there’s going to be some discord, because some people are going to say, “You’re asking for this, and my contractor doesn’t have it. It just makes it too difficult for us.” We’re not looking to make it more difficult. We’re just looking to protect the building. So we’re in the process of coming up with communications about this to our boards, just letting them know that somebody may be upset because they feel we’re too demanding or the bar’s been set too high in terms of insurance. But I don’t think the bar can be set too high.

So this is going to make things tougher for boards.

Yes, in the sense that they’ll have to turn down an apartment owner’s plans unless they get either an insurance upgrade from the contractor or get a different contractor because the insurance can’t be gotten. The scope of work, if it passes the engineer’s review and the board’s criteria, that’s not the issue. But the contractor will have to have insurance to protect the client in case of, God forbid, a major injury or claim. But residents won’t get upset at the boards; they’ll get upset at management. That’s our job, so we’ll take it on the chin.